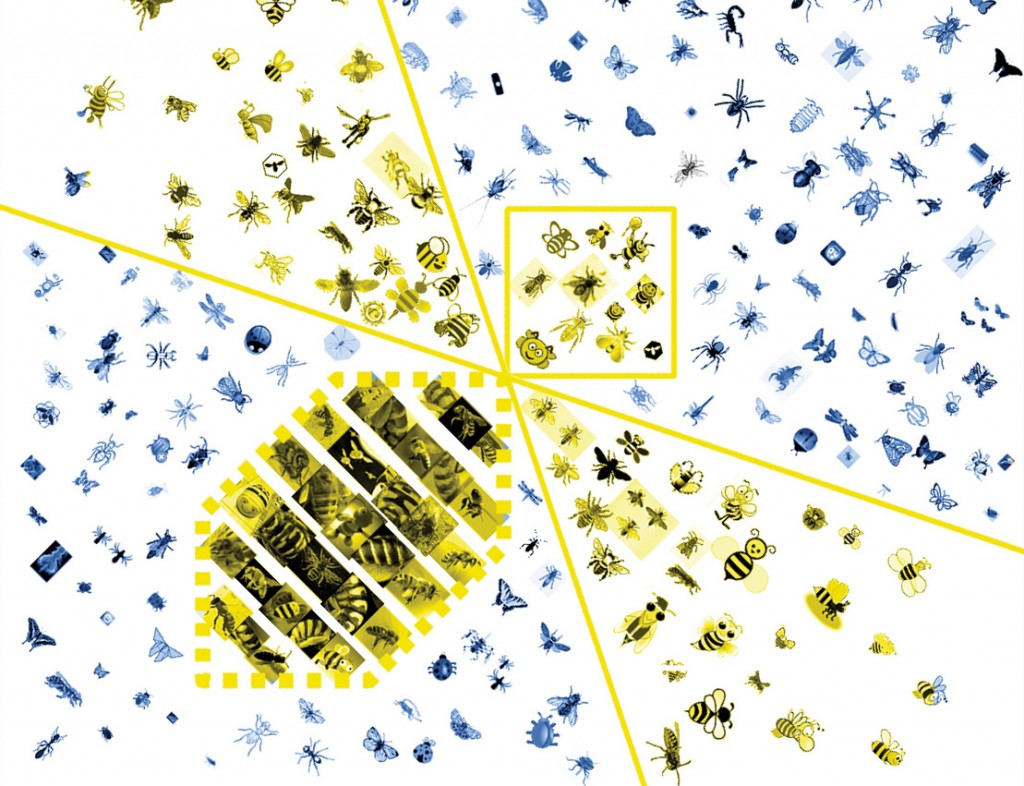 Muhammad Ali
Float like a butterfly, sting like a bee, his hands can’t hit what his eyes can’t see.

Charles Darwin
We can allow satellites, planets, suns, universe, nay whole systems of universes, to be governed by laws, but the smallest insect, we wish to be created at once by special act.

Bugs are the smallest common denominator between humans, animals, machines and images. Whether bipeds or Octopedes, we all cohabitate and compete because we are more alike than different.  We colonize and multiply, eradicating life around us as easily as we create it.

Citybugs
Few entomologists or medical experts would likely dispute that the tiny mosquito is probably the most dangerous arthropod on the planet. Despite significant progress in battling malaria, the disease still kills an estimated 660 000 people worldwide.  About 90% of cases occur in Africa, and most deaths are children under five years of age in the sub-Saharan region. Every year, more than 219 million known cases occur (compared to 34 million AIDS cases annually); most of these cases are never tested or registered.

If bugs can be a threat to human life, humans are provoking the disappearance of the insect species that are the most like us, the bees. We are social and organized around what we think of as economies of sustainability. Bees, humans and images do pollinate to survive and thrive. Are humans over pollinating at the expense of bees?

They may one day inherit the world that we have so well colonized and may have so quickly destroyed.
/ Are images over pollinating at the expense of humans? Images often swarm around us, clouding our environment in ways not unlike dense atmospheric pollution.
/ Would reality flourish if all images on Earth could disappear?