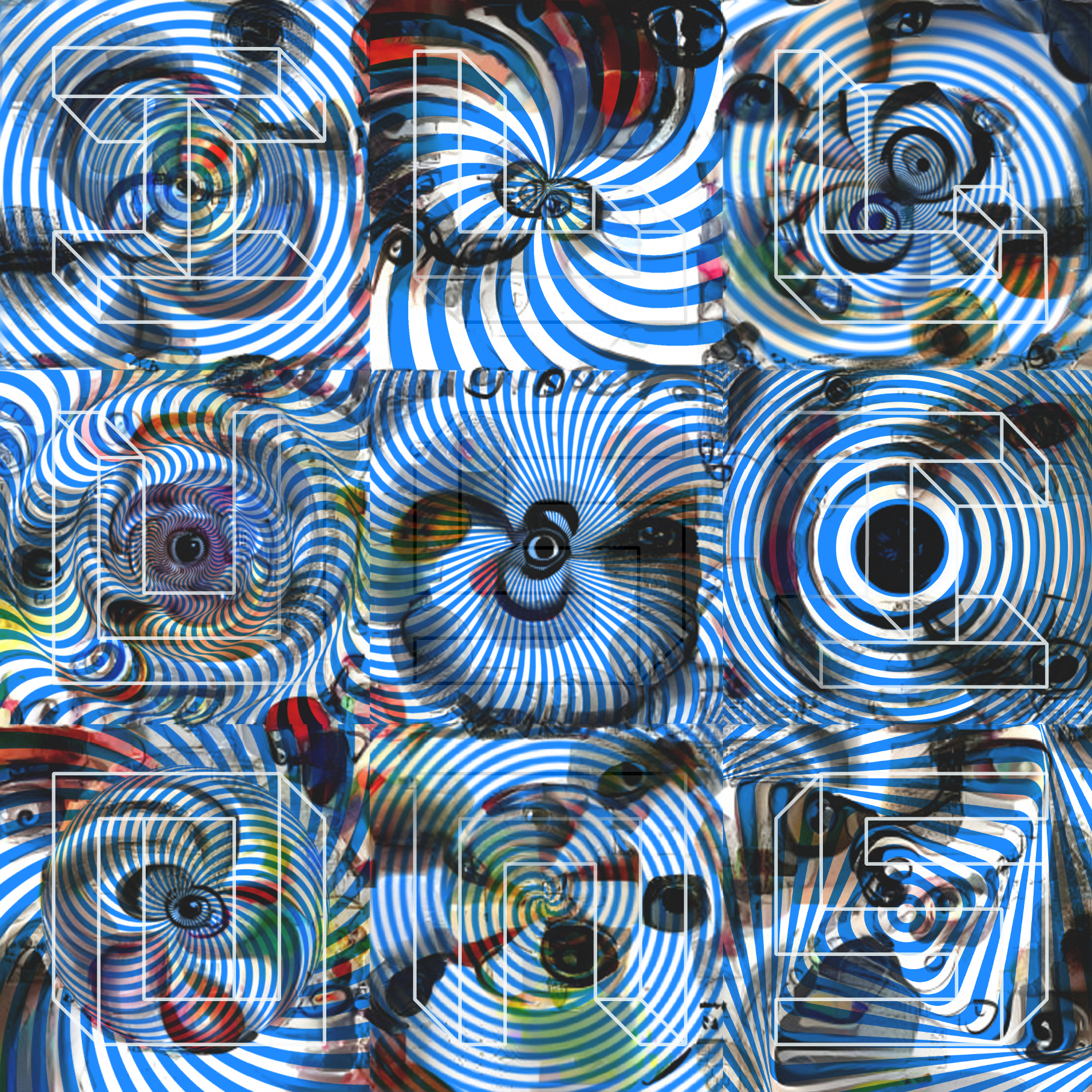 ••  The degree zero of the image is the infinite degree of the real and the first degree of the gaze. It can take many forms, one being optical illusion when it allows visual artifice to become sensory.

Our perception of reality is entirely expressed by the representations we create, but how can we really see when we know how much illusion can be found at the heart of the image. Optical illusions can be physiological or cognitive and are fraught with ambiguities, distortions, paradoxes, fictions, afterimages and other effects caused by manipulation or stimulation of human receptors.

Whether it seems realistic to us or not, the image is nothing but experiential. The optical illusion can then be seen as the counterpoint to the representation – an image of itself refracting rather than showing a specific subject. It is a reminder that what we perceive as space, mass, light, temporality or origins is often entangled in infinite fictional perceptions. It is also a reminder that the representation can deceive the viewer, a bit like the animal which exploits its capacity for mimicry to attract prey, or the mirror which gives the impression of greater or lesser distances. More universally, it is a reminder that the image always appears as an illusion of its subject.

George Lucas  The secret of a film is that it is an illusion.

••  We know how to play and create with visual perceptions, but when so much information is shared through visual representations, we cannot ignore the extent of cognitive distortions, pervasive misinformation and deepfake. The predatory illusion is the one we do not recognize as such and continue to see as representation. And yet it is often the one that attracts us the most because it transcends reality with fictions that we see as purely playful expressions of our world and who we are. Such images allow the artificial to assume the status of the believable, in denial of reality.

Terry Setch  I wish to find a plastic equivalent for the way things act upon me… the object entering the environment and the illusion, in both the real and the unreal.

••  The more we know how to master illusion, the more we can know the experience of the real.